The Curious Case of Christopher Cantwell

Only advocates of peace are allowed to blog at FreeKeene.comThis week the Keene Sentinel published a front-page article about Christopher Cantwell, a racist, white-supremacist podcaster who lives in Keene. Unfortunately the Sentinel’s original version of the article, which appears in the print edition, erroneously claims that Chris Cantwell was a Free Keene blogger. Thankfully, the…

Comments can now be made via the Shire Forum, if you prefer a troll-free experience.

How did you not ask about the car crash?

Did Chris get arrested yet? 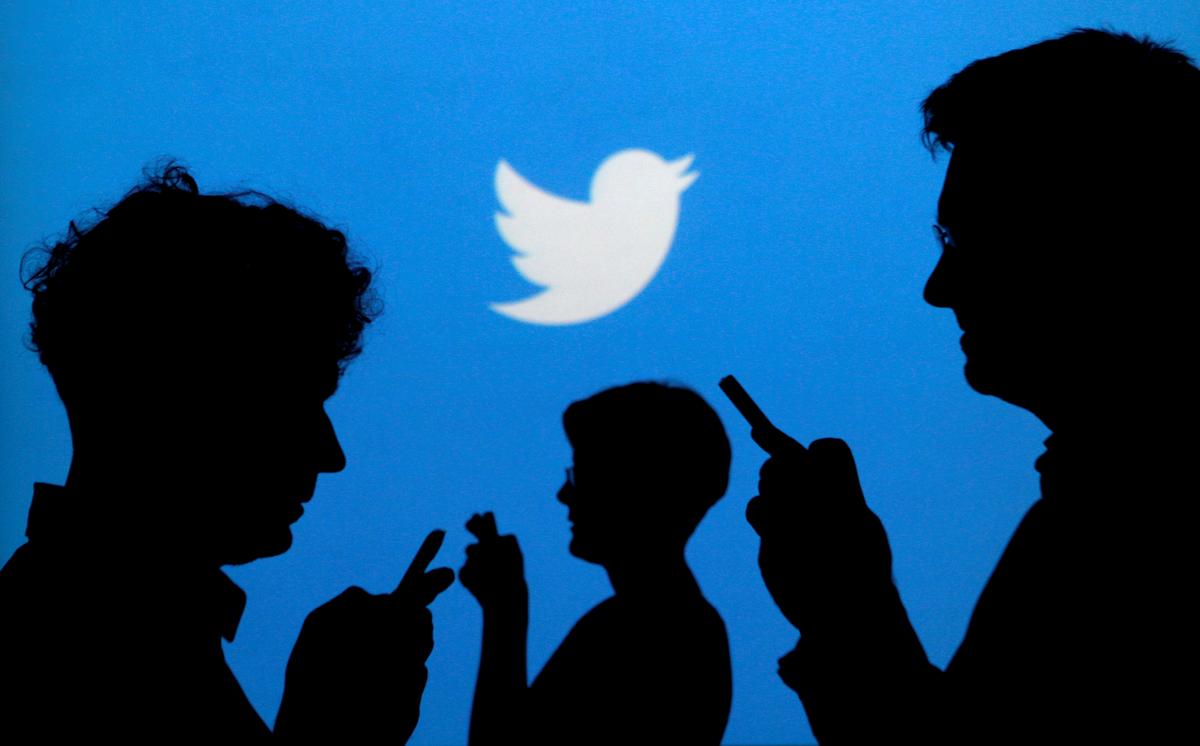 Silicon Valley joined a swelling backlash against neo-Nazi groups in the United States on Wednesday as more technology companies removed white supremacists from their services in response to weekend violence in Charlottesville, Virginia.

By now you’re likely aware that I had participated in the festivities in Charlottesville, Virginia this past weekend, which have been plaguing our national news channels. Depending on who you listen to, I’m either a hero, a terrorist, or a crybaby,...

I wonder how long Chris will be able to keep DNS service for his domain.

Godaddy is the registrar, and Cloudflare provides the nameservers and other services. It’s just a matter of time. It will probably only take one complaint. 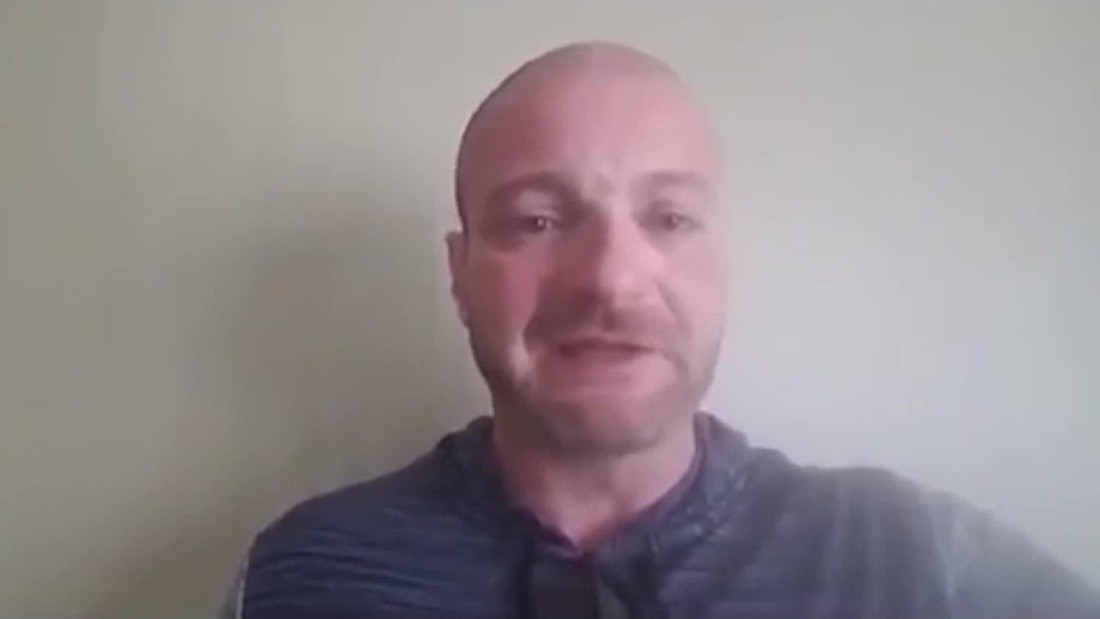 Christopher Cantwell, one of the white supremacist organizers featured in Vice's documentary about Charlottesville, Virginia, appears fearful in another video posted the same weekend as the attack.

Guess I need to listen again.

OkCupid has banned white supremacist Chris Cantwell from their dating site after a Vice News documentary about the Unite the Right rally in Charlottesville, Virginia, featured him expressing his violently racist views.

Racists need to date too. This is a great opportunity to start a dating website for white nationalists. Okkkcupid.com is already taken.

Officials from the Virginia Commonwealth Attorney’s Office said Thursday that Cantwell is wanted for illegal use of gases, and injury by caustic agent or explosive. Both are felony charges, officials said.

Each felony has a minimum sentence of 5 years. 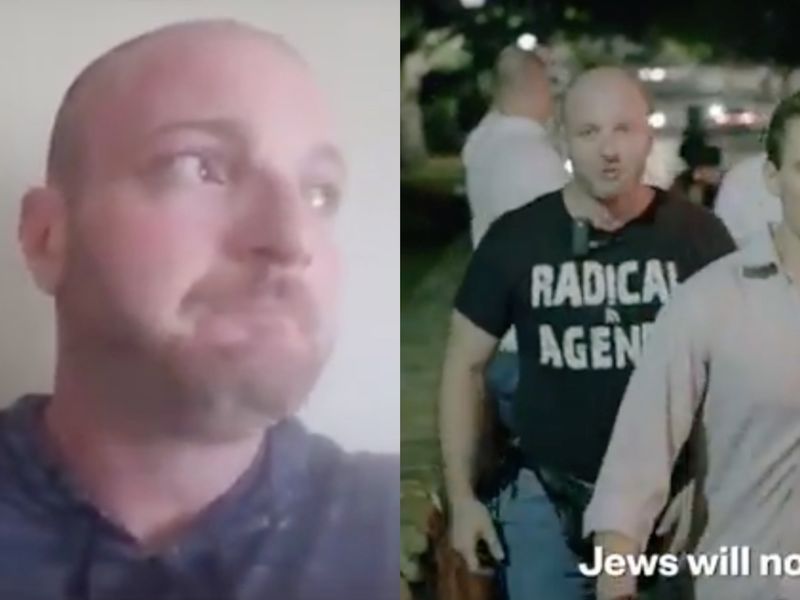 In a live video feed, Christopher Cantwell, a former NY congressional candidate, cries about a possible arrest after "Unite the Right" riot.

It was special agent Phil Christiana of the FBI that called Chris to let him know the arrest warrant was legit.

If he isn’t already a confidential informant, they are probably putting pressure on him to become one, or will soon. He has a minimum of 10 years in jail threat leveled against him.

I’m not happy with this kind of trash, but I think you have to allow them to talk themselves into a corner. Censorship ends badly. Censoring anyone or anything opens the door to subjective reasons to censor, and the next thing you know, they’re censoring people simply because they don’t like the truth. Analysis | The rise and humiliating fall of Chris Cantwell, Charlottesville’s...

Millions watched Chris Cantwell swagger at a white nationalist rally. Then came the weeping and the leaked OkCupid profile.

I wish Howard Stern can still be this entertaining.

I haven’t been able to listen to Howard Stern for about 20 years. I like him the best in the early 90s. He is probably the first talk radio I listened to.

Lots of media are making Antifa out to be heroes, justified in whatever violence they did. They don’t even question obvious bullshit.

Corey Long claims he was shot at by a white nationalist. I have never seen a crowd stand around after a gun goes off. Seems like this guy should be getting arrested if Chris will be. Corey’s story is obviously bullshit. 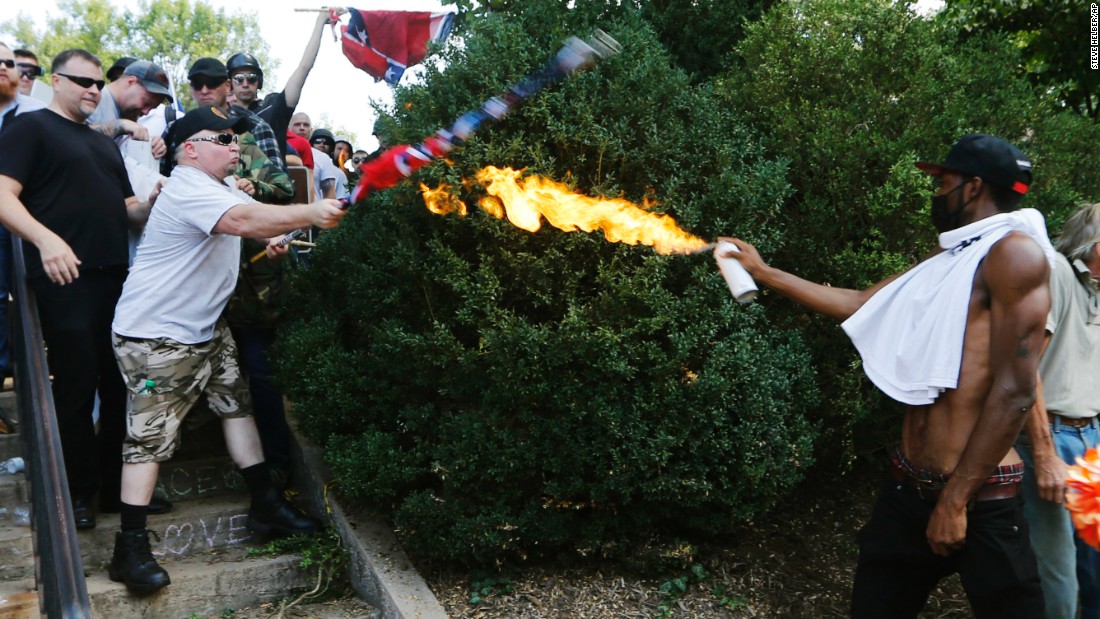 Corey Long, a Charlottesville counterprotester who was featured in a viral photo holding a makeshift flame thrower, explains the context behind the photo.

The Anti-cantwell rally in Boston is insane. I could be selling so much weed there right now. 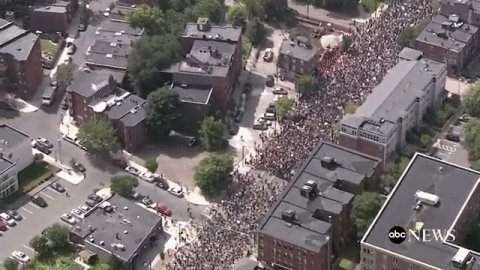 “There’s not actually any Nazis out there–well I guess there are.”

I think I only saw one nazi flag at the charlotsville event. I did see multiple nazi salutes.

A guy named Mark Bray has been advocating violence against fascists.

Mark is a visiting professor at Dartmouth.
http://www.dartmouth.edu/~grid/people/associatedvisitingscholars.html

Mark Bray is a historian of human rights, terrorism, and political radicalism in Modern Europe. He completed his PhD in Modern European and Women’s and Gender History at Rutgers University in 2016, and is currently finishing his manuscript “The Anarchist Inquisition: Terrorism and the Ethics of Modernity in Spain, 1893-1909.” “The Anarchist Inquisition” explores the emergence of groundbreaking human rights campaigns across Europe and the Americans in response to the Spanish state’s brutal repression of dissent in the wake of anarchist bombings and assassinations. At GRID, he will begin work on his next project which explores the cultures of violence and street resistance that emerge in the social movements of postwar Western Europe and their impact on conceptions of leftist masculinity in the context of the emergence of competing conceptions of feminism. Bray is the author of Antifa: The Anti-Fascist Handbook (Melville House, 2017) and Translating Anarchy: The Anarchism of Occupy Wall Street (Zero Books, 2013) as well as the co-editor of the forthcoming Francisco Ferrer and the Modern School (PM Press, 2018).
markbray161@yahoo.com

Antifa Chronicler: Violence a 'Legitimate Response' to the 'Far Right's...

Chris Cantwell Arrested For Use Of Explosives
Albermarle County police department has confirmed that Chris Cantwell was arrested a little before 2am Monday morning at a bus stop near the town of Esmont. He is charged with two felony counts of illegal use of explosives as well as illegal use of gases and injury by caustic agent.

Chris Cantwell Arrested For Use of Explosives

Why would he act so tough for HBO if in reality he is just a little wimp? I mean, this wouldn't be the first time someones... Chris Cantwell Arrested

My Legal Situation as of August 22nd 2017 - Christopher Cantwell

I wasn’t teasing when I said I planned to be in jail by end of day yesterday. I’m just a little bit confused about what’s going on and I’m trying to gather more information. Sadly, the authorities and media have not been particularly helpful. I first...

Christopher Cantwell said he pepper-sprayed a demonstrator rather than "knocking out his teeth."

My local TV station, WMTW, played a short segment on the morning news about the arrest warrants being issued.

“Contacted by The Associated Press, Cantwell acknowledged he had pepper-sprayed a counter demonstrator during a protest but insisted he was defending himself, saying he did it “because my only other option was knocking out his teeth.””

Is this why lawyers tell people to keep their mouths shut? Because that would have been a good time for him to, lol…

That’s really a clever statement. That’ll get him real time, and I guess, street cred with the Wonderbread Klan.

Chris turned himself in. It was on the front page of the CNN website last night. Pepper spray is pretty mild compared to some of the other stuff that went on. 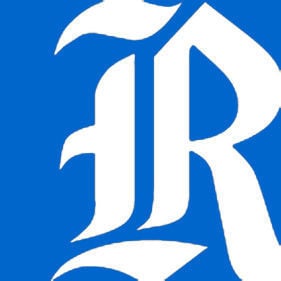 Gov. McAuliffe wants arrests in beating of man in Charlottesville during white...

Gov. Terry McAuliffe “wants to see arrests and prosecutions” in the brutal beating of a black Charlottesville man by white supremacists on Aug. 12 amid violent protests.

Corey Long with “defending” an old homeless man with spray paint on fire earlier in the day. He is one of Deandre Harris’s friends. Corey starts the garage brawl by trying to take a confederate flag.

Deandre Harris with a maglite a few minutes before the parking garage brawl.

Corey Long trying to steal a confederate flag, and Deandre Harris hitting the guy with a maglite. This is in front of the parking garage where a brawl breaks out, and Deandre gets a beat down. 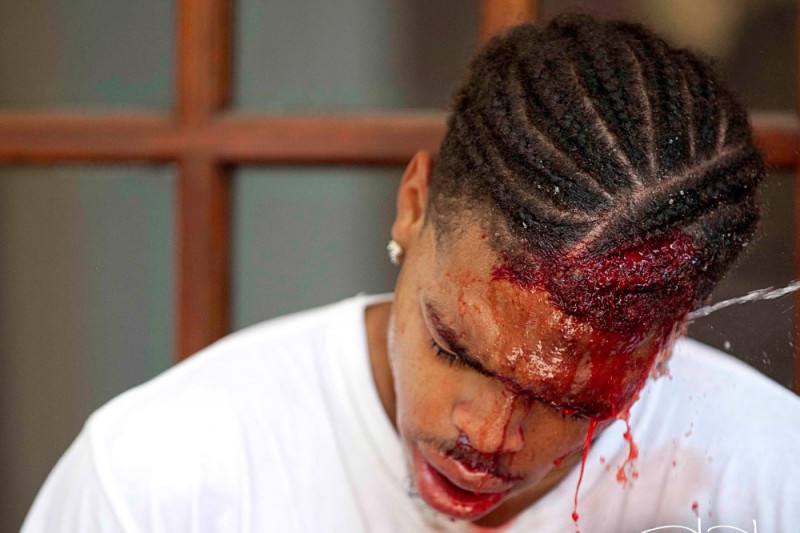 On August 12th, 2017 there was a "Unite the Right" march of white nationalist and other right-wing groups (KKK, Neo-nazis, and white supremacists) that took place in Charlottesville, Virginia. These individuals were protesting against the removal of...

He says his friends helped him escape, but the racists let him run away after the beat down for about 30 seconds. His friends didn’t come back to help him, they took off. 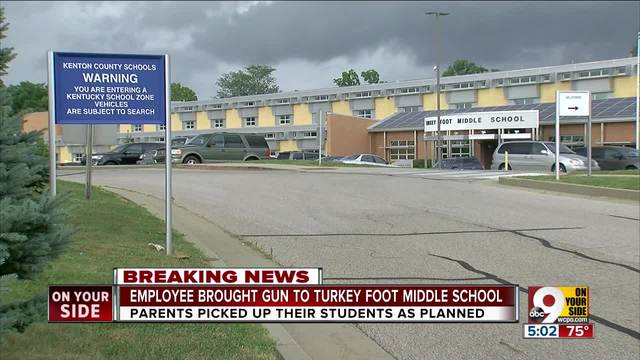 The man who was beaten by white supremacists at Saturday’s rally in Charlottesville, Virginia is frustrated police have not yet issued an arrest warrant, the man’s attorney said.