As of Dec. 27, 2020 YouTube has just muzzled my channel (aka The Ridley Report) over an innocuous Summer 2020 upload which I think conforms to their standards. Now I’m banned from uploading. They are / it is apparently going through my old vids and issuing “strikes” against them, seemingly at random. A pattern may emerge later. Once a strike is issued, punishment is immediate. You may appeal but I don’t see a way to tell if you are interacting with a real person…

This current strike follows a warning-and-deletion which they had imposed against a different, similarly innocuous Ridley upload from the past. I appealed that warning, but they (it?) rejected the appeal with a form-popup and no explanation regarding what exactly I had said to trigger the…triggered. Each strike, which you cannot fully protect against without deleting all your uploads, results in escalating punishments. The current punishment is no uploads for a week. I’m calculating that by roughly early Febuary the punishment will have escalated to “channel deletion,” and that they will in fact delete the channel. Google’s attempt at auto-erasing pieces of history.

This was a danger we all foresaw as far back as 2008; many Ridley Reports from around that time got auto-copied to Metacafe, and I took steps in mid 2019 to make sure you can see my YouTube vids on LBRY.com … if they aired between roughly 2014 and late 2020. History, to the extent that it is watching my channel, will probably lose 2007 and 2010-2013. Or something along those lines. I do have backup DVD copies of the vids but currently no practical way to re-upload them all.

Meanwhile I’ve started uploading to a replacement service: Rumble.com. Probably I’ll redirect RidleyReport.com to my Bitchute channel, which is starting to take off and is good back to about 2019. If you want to watch “Cop corrects liberal snitch who reported her political opponents” and other hits from the threatened era, you’ve probably just got weeks left to do it. Make the most of 'em.

Here is the Bitchute version of the video currently scheduled for deletion on YouTube, the video which triggered the strike against me: 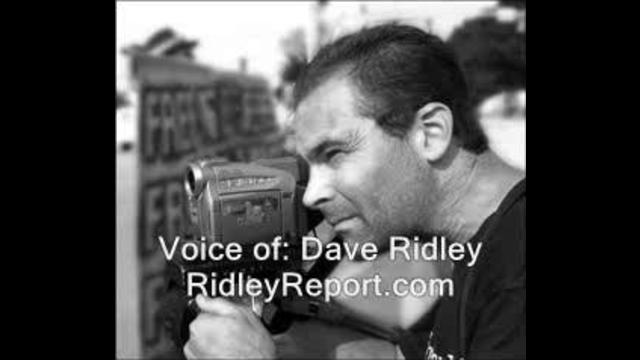 Sponsor: http://FreeKeene.com - Move to New Hampshire for freedom! This is a long form, podcast version of the Ridley Report...intended not to watch but to listen while you're doing other shtuffs. You can download these to your hard drive by us…

That’s fucked up and why we need to get off centralized platforms.

Now if only the decentralized solution technology was further developed and more widely adopted than it is.

If you aren’t on Mastodon I’d encourage you to get on Mastodon. There is a growing base of liberty minded people on the platform.

I do a show called Freedom Decrypted that covers the tech world from a libertarian perspective and we link to a libertarian instance for those like-minded individuals who want to “sign up” with a node that isn’t likely to shut them down:

Liberdon is a Mastodon instance for libertarians, ancaps, anarchists, voluntaryists, agorists, etc to sound off without fear of reprisal from jack or zuck. It was created in the wake of the Great Twitter Cullings of 2018, when a number of prominent...

I don’t know the people who run this mind you, but Mastodon is a federated decentralized solution where each person can setup a node and each node talks with each other node so no one party is in control. A node could kick a user and a node could censor another node, but it’s not anywhere near as bad as having your entire platform taken from you on the whims of a corporation, government, or political persuasion. You can setup your own node if you think it’s worthwhile to make it impossible to censor. An easier solution is just signing up with a node that is to your own persuasion. People on other nodes will still be able to follow you. Mastodon is basically the decentralized alternative to Twitter.

ty penguin sir i am probably going to look into mastadon

If you want someone to follow here are few other liberty minded locals who post regularly on Mastodon:

And do let us know once you’ve figured it out how we can follow you on Mastodon!

If you need a client for your phone I’d suggest Fedilab. I assume you can find that in the Google Play store if you are on Android, but I know it’s in the F-droid repository at a minimum.