Was Biden Covid mandate missed opportunity for NHexit? Be ready for the next overstep

Here’s what I should have done when the imperial president first announced the mandate on employers:
I should have gone to Media contact list
And then sent a denunciation of this mandate to most of those media emails, offering NH independence as the obvious root striking solution. I could have done it the name of NHexit.com (since I own the URL I don’t need to spend a lot of time consulting with others before issuing the statement).

But I wasn’t ready , didn’t hear about it in time , or see the opportunity . Next time feds overstep like this or as part of this… I"ll try to be ready. But… can YOU do this if I don’t? assuming you are here in state or an NH resident. Ideally you are a representative of some independence related URL or org you can speak for. or have been issued “spokesman” status by the owner to speak by some such institution.

Another step we can take now is for various caefully selected , level headed people to be designated as spokespersons for various URL’s or preverably for NHexit.US. i’m thinking “limited plenipotentiary” here. thoughts?

There may be ways, despite the delay , where we can still raise concerns about this mandate , espcially if somethign new happens. but the initial feeding frenzy is surely over.

I think Pete Eyre might be a good spokesman for this independence drive…and NHexit.US specifically. He is not limited by bail conditions, has been in state off and on for a long time, lives here now, has good nonviolent discipline and level-headedness under fire. We could of course have multiple spokes-folks and in fact probably should, so there is no central point of failure when the media makes a call. Thoughts?

Sending this news release out; better late than not at all.

As you may be aware, several tiny organizations have teamed up and requested an amendment for the New Hampshire Constitution. State Reps Mike Sylvia and Matthew Santonastaso have (in response) indicated their intent to sponsor such an amendment, which would have to go before the people in order to become part of that document, so much better than D.C’.s constitution when it comes to your liberties.

This movement appeared partly because of historical and recent grievances, such as DC’s March raids on NH Bitcoin businesses. But it also happened in Seldonesque anticipation that there would soon be some great new overstep by Washington…one which would begin uniting the people of this state against Federal rule over them. The central government’s vaccine mandate against local employers may or may not be this overstep, but it is wildly questionable and likely to be followed by many more abuses as Fed rule becomes more authoritarian.

There is, again, an Asimov’s-Foundation-style pattern to imperial collapses…and the Feds appear to be on track in creating their own Soviet-style-breakup of the 50 states. Speaking officially as the owner of NHexit.com but on behalf of no other organization, it is appropriate to raise concerns over the Fed vaccine mandate. This restriction will most likely deepen or prolong shortages imposed on New Hampshire. Workers, already too few and paid by Washington to stay at home, may become even more scarce as yet another unconstitutional hurdle appears against their employment.

The many upbeat and resolute demonstrators who are taking to streets against this Fed edict…are a welcome reminder that America is still a place with folks who don’t automatically do what any empire tells them. But America is not Washington, and DC is not America’s friend. Despite many well-intentioned Federal workers and politicians, Washington with its million-page list of such mandates and laws…has become the root of America’s problems. And we cannot stop this Central Point of Failure by individually hacking each thorn that grows from it. We must peaceably strike at the core of the problem with independence legislation of some sort, the root-striking Hail Mary pass that does not even have to be caught. Simply by easing such measures forward, we can spark real scrutiny of New Hampshire’s ties to the torture state that DC-dominated America has become under Trump, Biden and their hungry predecessors. We can trigger public discussion, begin to understand the challenges of independence in detail and (ideally) have a nonviolent deterrent effect on the central government sufficient in scope to end its constant, ruinous expansion.

in this case we will also have chances as any implementation comes about
How is the Federal Government going to enforce this mandate?

There is a press conference scheduled for 11 am today at the State House in Concord.

Whatever is said, it will provide an excellent opportunity for putting our agenda out there.

And, Russell is quite right, the fight over mandates is far from over. There have been demonstrations around the world.

And I don’t have the exact quote close to hand, but one of the people on the video I forwarded pointed out that the “vax passports” are far more than just for one “vax”. The platform allows access to an individual’s private financial info, and tracks them via GPS.

This is about so much more than “vax” mandates!

Note that shayna later attended this press conference and apparently handed out a fuckton of NHIndependence.org flyers! Additionally, Rep. Sylvia has officially submitted the declaration of independnece legislation , and Alu Axelman’s article about it is going viral. The article itself has over 5k hits but apparently twitter is where folks are talking about it. Next, Ian Freeman is issuing a news release and has a better media list than I do.

At the video call today , I invited four left leaning skeptics of independence, two showed up and we gave the floor to NH Democratic Party activist Chaz Proulx for the first 10 minutes… to raise his concerns and later question us… .

I think the FNHI can keep you supplied with brochures … but NHexit doesn’t have anything available right now.
If people design them, some of us will make them/promote them.
maybe we can make some nice fancy ones
or we can go Sofie Scholls and the White Rose and print out cheap copies and put them everywhere.

btw Shayna I can always get to this forum each day … sometimes telegram does crazy things on my and I can’t scroll to the messages I am missing. Plus the Shire Society currently has control of this forum.

Thanks for the vote of confidence, Dave. While I’m always happen to discuss decentralization of power down to the individual level (as it maximizes individual freedom/creativity and responsibility) I think a better spokesperson for this effort can be found in none other than Elliot “Alu” Axelman.

This is an issue Alu is passionate, persuasive, articulate, and well-researched in, evident by his hosting of the “Make America States Again” panel at 2021 PorcFest, his own writings (which almost always conclude by severing ties with the DC-based regime), and his presentation during the first meeting discussing Independence (begins at the 26-minute mark). 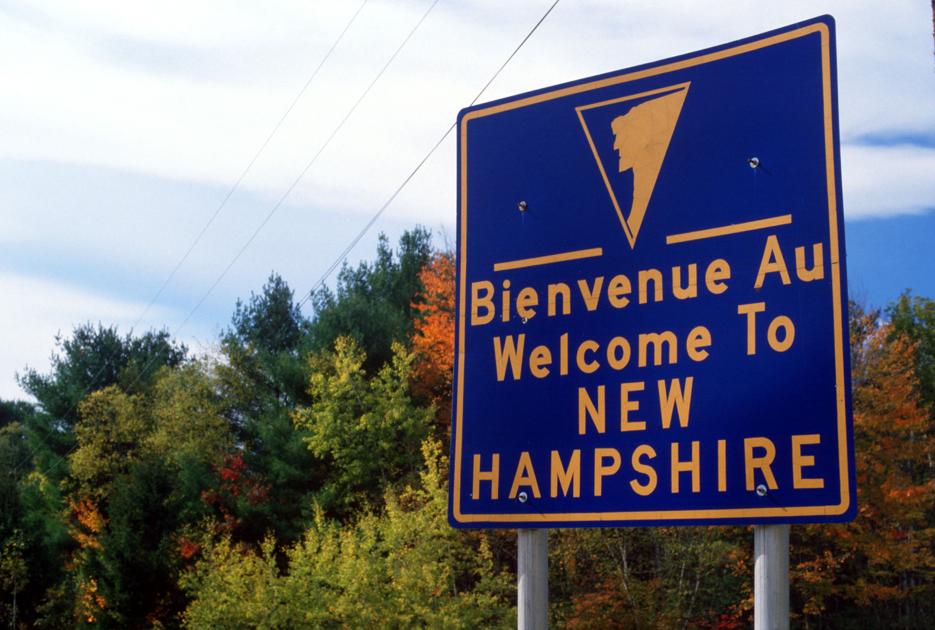 (The Center Square) – A New Hampshire lawmaker is pushing for a referendum asking the state's voters if they want to secede from the United States.

It’s good to see coverage.
And the closing paragraph makes it clear whose side this writer/publisher is on.

how it went last time: 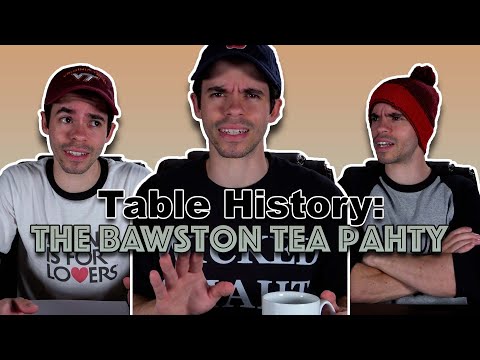 I’ve just watched the short video that was linked from Alu’s #80 Reason to Divorce DC. 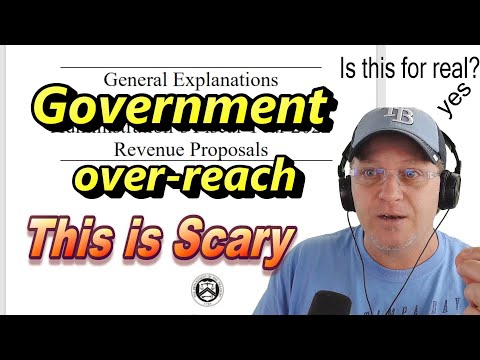 This proposal is an astounding example of intended government over-reach! It would allow the IRS / govt to access ALL information and transactions in all business and personal financial accounts.

This issue deserves an essay unto itself.