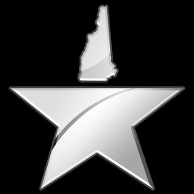 A recent post over at NHexit.US reveals some of the interesting demographic breakdowns of the St. Anselm College poll from this month, which showed 68% of New Hampshire voters think the United States is on the “wrong track”.

That number alone is impressive, but some categories of voters were even more likely to say “wrong track”, like younger voters, people in the North Country, republicans and the much-coveted undeclared voter.

Check out the details here at NHexit.US.

I’m starting to use this on talk radio calls. In the first attempt, the host was pretty dismissive. You can find most of my independence related talk radio calls on the “media coverage” thread, except the ones that occured before about oct 25. Those earlier ones i have not done a good job of posting.