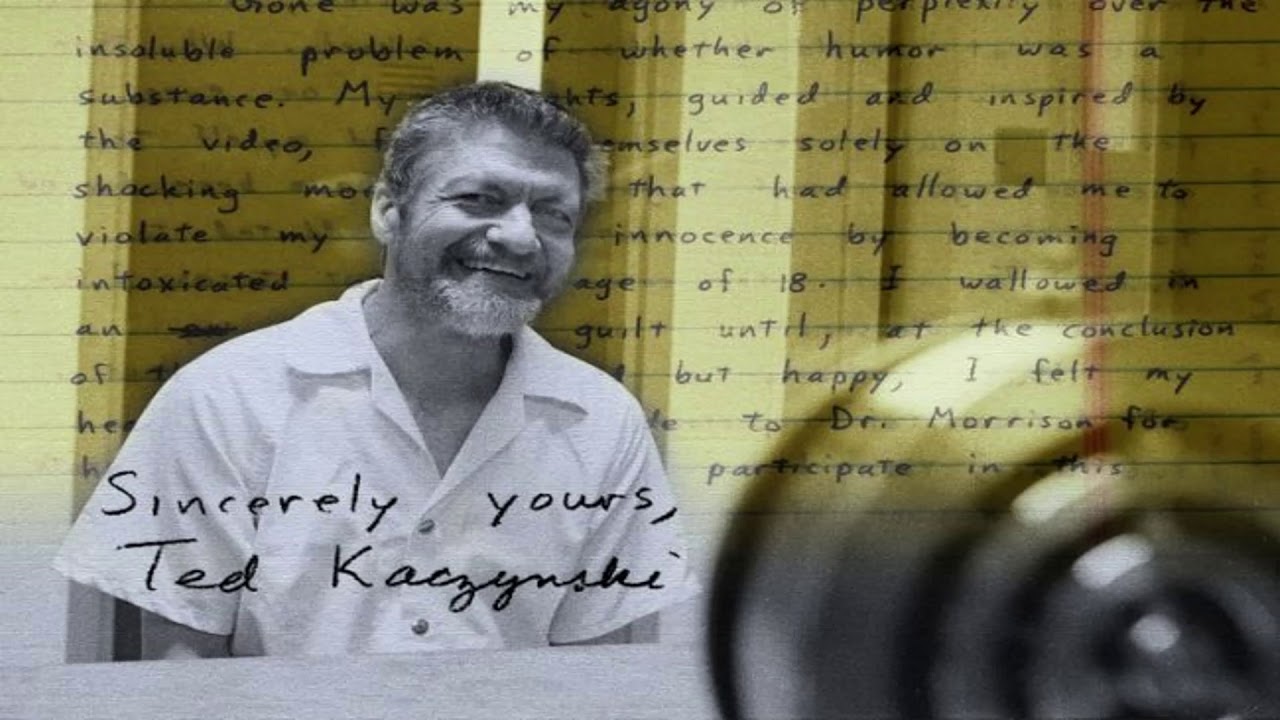 Unfortunately people only see ted as someone that killed children. NEVER do they see/hear his message. Happened to me recently. I mentioned Ted’s name and one guy instantly said he killed innocent people. My reply, I asked, "The US government doesn’t kill more innocent people and is never held accountable?’ Thankfully he shut up and thought about it.

Here’s a great piece.
A section from “Industrial Society & Its Future”.
Think vaccine, while you read it:

effectiveness of psychological techniques for controlling
human behavior. But we think it is unlikely that psychological techniques alone will be sufficient to adjust human
beings to the kind of society that technology is creating.
Biological methods probably will have to be used. We have
already mentioned the use of drugs in this connection.
Neurology may provide other avenues for modifying the
human mind. Genetic engineering of human beings is already beginning to occur in the form of “gene therapy,”
and there is no reason to assume that such methods will
not eventually be used to modify those aspects of the body
that affect mental functioning.
150. As we mentioned in paragraph 134, industrial society seems likely to be entering a period of severe stress,
due in part to problems of human behavior and in part
to economic and environmental problems. And a considerable proportion of the system’s economic and environmental problems result from the way human beings
behave. Alienation, low self-esteem, depression, hostility,
rebellion; children who won’t study, youth gangs, illegal drug use, rape, child abuse, other crimes, unsafe sex,
teen pregnancy, population growth, political corruption,
race hatred, ethnic rivalry, bitter ideological conflict (e.g.,
pro-choice vs. pro-life), political extremism, terrorism, sabotage, anti-government groups, hate groups. All these
threaten the very survival of the system. The system will
therefore be FORCED to use every practical means of
controlling human behavior.
151. The social disruption that we see today is certainly
not the result of mere chance. It can only be a result of
the conditions of life that the system imposes on people.
(We have argued that the most important of these conditions is disruption of the power process.) If the systems
succeeds in imposing sufficient control over human behavior to assure its own survival, a new watershed in human history will have been passed. Whereas formerly the
limits of human endurance have imposed limits on the
development of societies (as we explained in Paragraphs
143, 144), industrial-technological society will be able to
pass those limits by modifying human beings, whether by
psychological methods or biological methods or both. In
the future, social systems will not be adjusted to suit the
needs of human beings. Instead, human being will be adjusted to suit the needs of the system. [27]

What they are saying is a “vaccine” is not a vaccine.
A vaccine as defined WAY BACK on January 18, 2021

: a preparation of killed microorganisms, living attenuated organisms, or living fully virulent organisms that is administered to produce or artificially increase immunity to a particular disease

I wonder how much $$ that change cost Big Pharma. Or did the Govt MAKE them change it. Or maybe the same people that run the dictionary are on the same team as the others.