RebuildNH.com: DCYF comes for co-founder's kids after he mentions Ivermectin use 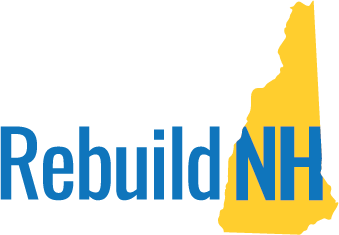 They’re After His Children

Imagine: You’ve called Poison Control to find out what to do after your 13-year-old reported taking too much Acetaminophen, and just a few days later police are at your door with state officials ready to kidnap all of your minor children. Sadly, this nightmare is reality for RebuildNH cofounder and former State Rep. JR Hoell, who is now more than $10,000 deep in legal fees while still fighting to defend his family from an out-of-control state bureacracy. Please join me in helping JR and his family cover these legal expenses.

It all started in mid November, when several members of the family came down with COVID-19, and JR treated his family succesfully with Ivermectin. In fact, everyone who came down wtih the virus was feeling better just a few days later, and they were all well before Thanksgiving. In early December, JR called Poison Control because he was concerned his son might have overdosed on over-the-counter headache medicine and the operator advised him to take his son to the Emergency Room, and he did so promptly. The hospital found no evidence for Acetaminophen in his son’s bloodstream and sent the family home.

Doing his due diligence, JR followed up with his family doctor’s office. During that visit, he advised the doctor that the family had recently recovered from COVID and had treated successfully with Ivermectin. Importantly, Ivermectin has an 18-hour half life, and so by that point only 6 percent or less of the drug was left in any one of the family member’s bloodstreams. Nevertheless, the nurse practitioner who was with JR immediately blamed the Ivermectin for the son’s Acetominophen story and called the Division of Children, Youth and Families (DCYF) and coordinated with police to have all of JR’s minor children removed from his home. Thankfully, JR saw this coming and was able to get his children to safety before the state and police officials arrived.

Since that point, JR and his attorney have been working to defend his family from this medical kidnapping attempt by the state, and so far the case looks promising. JR has been assured custody of the children with his wife as long as they seek a reevaluation of his son to ensure he is not at risk of coma or death. Clearly, this is not a risk. The greater risk is a medical industry completely blinded by the lies of mainstream media to discredit Ivermectin—a safe drug that has been around for 30 years that was once awarded a Nobel Prize. Sadly, the hysteria concerning Ivermectin is just scratching the surface of medical misdiagnosis and corruption since the start of the pandemic. With their actions in JR’s case and so many others, medical practitioners have created a complete breech of trust with the public that previously held them in high esteem. The long-term ramifications are staggering to consider.

Objectively, a third-party observer overheard the conversation doctors were having about JR’s case, and she believed their actions to involve DCYF were so outrageous she recorded three videos secretly to alert the public and build evidence to support JR. These videos were posted to Tik Tok on Friday, Dec. 10 and then later during the subsequent weekend:

On Thursday, Dec. 16, JR appeared for a preliminary hearing in a Concord Courtroom and came to an agreement to have his son seen by a doctor so that he can get back to his regular life. All of this is costly in both money and time lost, not to mention the emotional hardship of dealing with a situation like this just before Christmas. DCYF and medical professionals have been secretive and threatening in their entire handling of JR’s case and their actions are without merit; these children are blessed with an upstanding and loving family. We can’t let this abuse of power stand without a major fight. The uninformed medical opinion of the physician’s assistant who notified DCYF and police is a risk to us all. Today it was JR’s children at risk; tomorrow it could be mine or yours.

The idea that the state could determine what medicines parents are allowed to give their own children, or that the state can take children away from parents lovingly making informed choices to treat their children’s illnesses creates such a chilling effect on the prospect of seeking medical care that the state may have created a crisis in confidence. Please pitch in to help fight JR’s legal battle, because tomorrow, the battle could be yours. Can we put an end to medical kidnapping now before the problem takes root? Can we rebuild confidence in our medical systems by successfully winning this legal battle today? Please help JR and his family fight back against this state injection of fear into their private lives.

Copyright © 2021 ReopenNH, All rights reserved.
You are receiving this email because you opted in via our website.

Add us to your address book

Want to change how you receive these emails?
You can update your preferences or unsubscribe from this list.

Dcyf… Is One fucked up agency

Idky Jr hole got in their sites

Dcyf is the poster child for fucked up evil government agencies…

Did Jr go full Republican though?

If so, I don’t think he’s a good guy anymore