Please post what you know. Busy sending this thread to all the crypto news websites. Can I get a volunteer to spread it among secessionist or libertarian news sites? And let me know who you contacted?

Contact me at ridleyreport at live period com if you want to coordinate with me by email.

Update: i’ve now contacted about 10 libertarian news sites regarding this.

As I was logging on to Facebook today for the purpose of telling the world about the FBI raid on Keene free stater buildings, I saw a more shocking but related piece of NH liberty news. 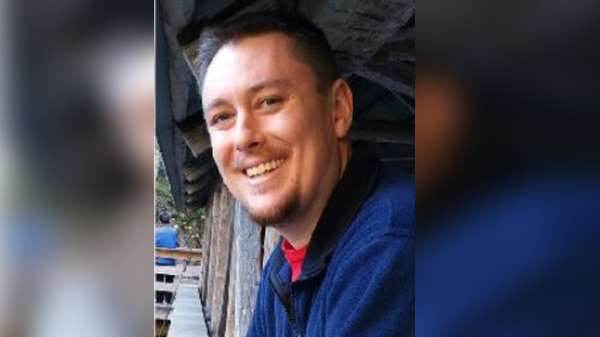 He said three of them questioned him at a restaurant, Friendlies’ I think… and he was worried for his safety. He wanted to keep it quiet, the fact that they had interviewed him. But he said something to the effect that if anything happened to him, I should go public with what he had told me. The FBI doesn’t exactly have a reputation for “disappearing” people, and it seemed a little unlikely he would disappear, but now he apparently has…right before Hoover’s descendants arrive on the scene and start waving their johnathons around. The least I can do, possibly also the most, is carry out his request as best I can. So that is the basic gist of what I know; there are more minor details, and I will try to post them shortly

I’ve started a separate thread for the Surbey disappearance and am posting more details there.
https://forum.shiresociety.com/t/free-stater-greg-surbey-reportedly-missing/12559/2

Sent this to about 25 crypto and financial news outlets:

New Hampshire’s high concentration of liberty activists and the Free State Project migration has caused the state to punch above its weight in the crypto space, but the question is… how effectively will we respond to this?

According to Matt Roach this apparently took on some of the characteristics of a swat raid; an armored vehicle reportedly ripped out his window at the Leverett Street house; he’s posted a picture here:

Facebook Groups - This is where the most active discussion is going on that I can see, but FreeTalkLive.com probably has a Mastadon chat or something that is more active. 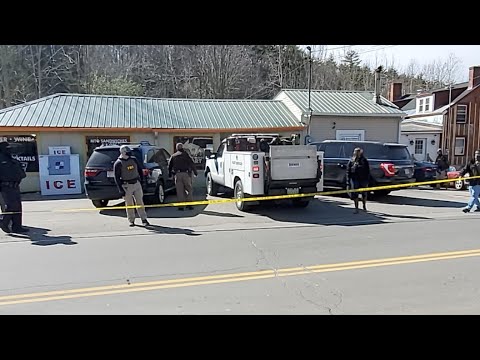 FreeTalkLive.com crew livestreams from damaged studio attempting to get a show on the air despite the raid 3/16/2021. Lots of conversation with useful info. 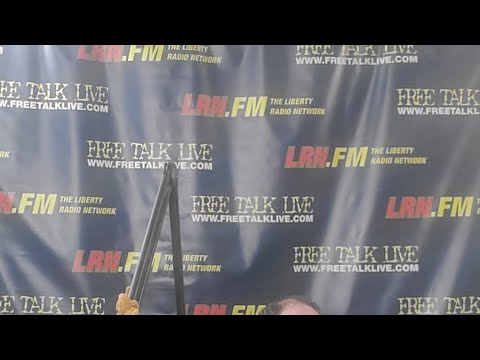 I did not however find a 3/16 show in their archives, as of 3/17.
Folks in the studio during the live stream said that tip.LRN.fm is where they hoped people would send donations. {{Update 3/21: They are now saying not to donate there any more for fear it may be compromised. A new option I keep hearing, and have heard from one of the hosts, is captainkickass@edge . Whatever that means (someone elaborate please.) What do you think is the best place to go for donating? }} LRN.fm is Free Talk Live founder (now detainee) Ian Freeman’s site.

The new information I have which I haven’t seen in the mainstream press is that the police apparently undertook a forced entry using the controversial armored vechicle in Keene, the bearcat. This according to Matt Roach who apparently lives at a targeted location and posted a pic which I have seen, of his window reportedly pulled out by the cat. I’ll try to find it again and post it.

some guy heckling at one of the raids apparently told the enforcers they would be “hung” after “the courts are controlled by us” or something to that effect. Such a statement is …unhelpful to freedom and, is hereby condemned… not sure who it was. Don’t fall for the temptation to do that shit folks.

Ultimately, though, in a free country you should not need the government’s permission to do business as a money transmitter. It’s a reminder that…like Estonia…New Hampshire would be better off as an independent nation.

Update inserted 3/21: I’ve contacted Matt Roach for clarification regarding the Bearcat. He says all the armored vehicles may in fact have been brought by the Feds, and that KPD may be correct when it says “their” Bearcat was not involved.

"Andy, Renee, Aria & Colleen are being released with pretty strict terms (can’t use anything connected to internet without approval of probation officer, all firearms must be removed from house, can’t obtain/possess passport, can’t contact any co-defendants, must provide DNA sample, can’t use alcohol or drugs; submit to drug & alcohol testing & notify feds if they open any new bank accounts).

Ian to have detention hearing on Fri at 3; will remain in custody until then

Rich may have refused to be released because he didn’t want to comply with the terms of release (not entirely positive, as him & Ian had hearings at same time in front of different judges)"

A free stater has posted this link to what he says is the indictment:

Shawn Grissom’s account on Facebook posted this, regarding a peaceable standoff-of-sorts which developed on 3/16 at Derrick Horton’s home and/or business…he helps run the Bitcoine Shoppe at Portsmouth:

“Derrick J asked me to post an update.
Our Bitcoin Machine is safe and sitting in our business. Anypay Vending is registered with FinCEN and follows all applicable laws. We have a thorough Anti Money Laundering Policy that is over 100 pages and two teams of attorneys, NH and Federal.
Both Steven and I have zero criminal record (mine was finally expunged last year). I do not believe this pertains to us, and the FBI was knocking on our door to ask questions. Which we refused.
After 3 hours of knocking, we were left alone. We are directing our attorneys to contact the FBI.” 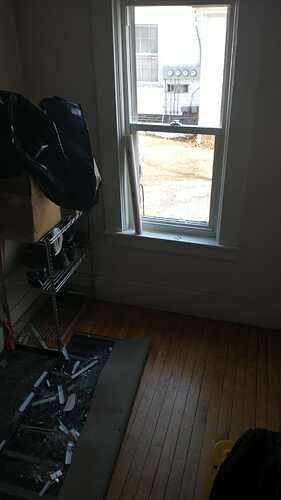 Above: Window in Keene reportedly pulled out by armored vehicle on 3/16

Liberty activists posts/comments on Facebook regarding what appears to have been the raid at Free Talk Live studios on Leverett St. in Keene:

"Jackie Perry
Matthew Roach
they smashed in the windows?!?!

Matthew Roach
Jackie Perry
yanked them out with the bearcat.
5

Jackie Perry
Matthew Roach
did they really bring the bearcat
1

They are discussing the broken window image above, which I believe is Matt Roach’s room above Free Talk Live studios.

Update from 3/21: See above post…Matt Roach is now clarifying that all the armored vehicles involved may have been completely Federal, and that KPD may be correct when it says “their” Bearcat was not involved.

If you’re wondering why you’re not seeing me reporting on this incident at RidleyReport.com, that’s because my YouTube channel has been silenced, again. this time the accusation was “spam” for posting a podcast with Russell Kanning about NH secession. The channel and its 3,000 or so vids is likely to be removed shortly.

I’m still uploading to RidleyReport and have a podcast recorded about this raid but the uploads are failing to appear in a timely manner; metacafe is comatose, rumble i’m getting 4 hits per vid and have moved on, facebook uploads not very easy to show you here… focusing on pre-youtube information-spreading methods meanwhile.

If Forum.ShireSociety.com goes down, there is now a backup thread on Ron Paul forums where I will plan to post updates:
FBI raids New Hampshire Bitcoin community

Federal law enforcement officials arrested six New Hampshire residents for allegedly running an unlicensed virtual currency exchange. “The Hash” panel discusses why the case is garnering so much attention aside from the cast of characters involved.

National press also:
https://www.usnews.com/news/best-states/new-hampshire/articles/2021-03-16/6-accused-of-running-unlicensed-money-transmitting-business
Something is on NBC as well, but I haven’t seen any other mainstream national articles yet.

Keene Sentinel reports Ian Freeman is in custody at Merrimack County Jail, or at least his attorney Sisti told them that. A detention hearing is scheduled for Friday. Need help spreading the word.

I’ve scheduled a demonstration/protest outside Keene Police Department to protest their collaboration with Washington in this raid. Need help spreading the word,
1:15p Saturday, March 20. Details:

You’re misreading the sentence Dave. They’re saying he knowingly accepted fiat drug money in exchange for BTC. Likely a result of selling to the undercover agent.

Wouldn’t mind coordinating with you.

Might as well do my part to help out, since there’s only so much I can do about my Internet radio network, with FTL not live and the LRN stream being down.

Thanks all. I’m posting a todo list here: Possible action items related to the FBI Bitcoin raids in New Hampshire

I’ll try to update it to make it more useful.

I’ll try to take a day of rest during Sunday 3/21; would one or more of you be willing to carry out some of the action items listed there?

According to Free Talk Live Raided Again a young lady was forced to leave the house on Leverett St. partially clothed during the raid, says the temp was 20 degrees. Also claims the authorities used a drone for initial entry into the house. So now is our drama is a sci fi drama?

Yeah, there was a first-hand description of this on Tuesday night’s FTL broadcast (although it wasn’t actually live). The individual was a co-host on Tuesday, Wednesday, and I believe Thursday night as well. Could be wrong, but I believe it was Ian’s girlfriend?

Live feed of our protest at KPD today:

" FREE THE CRYPTO 6! PROTEST AT KEENE PD! #FREEIAN #FREENOBODY - YouTube "
Turnout was about 15 plus a reporter from the Union Leader and one from the Keene Sentinel. Thanks to all who attended and spread the word! This was more turnout than I would have expected with just 36 hours to work with.

My ridleos will trickle out much more slowly but meanwhile Ian’s girlfriend Bonnie confirms the account mentioned above, that KPD was in the house at Leverett St. Also it appears that activists did a good job getting video , within 10 minutes of the beginning of the raid at that spot. If that video had been uploaded within 48 hours of the raid, it would have had an electrical effect on the news coverage, but now the news cycle is over.

It will still be invaluable as file video and for the purpose of helping to keep this issue on the front page. it presumably took some courage to film and we should be thankful to any and all who did so.