An interesting line in this movie, that’s similar to the “national divorce” kind of argument.]
Considering that half of marriages end in divorce (last time I heard), and the situation in NH regarding married/not married couples (or more than two) (I know quite a few of these), this is apt.

“If the nuclear family was a car, it would be recalled” 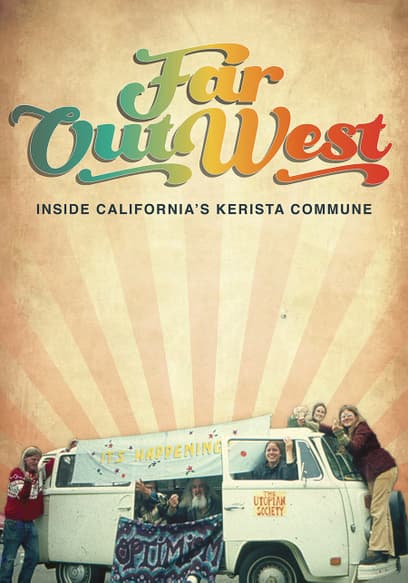 In the 1970s, 25 free spirits formed a commune and got rich selling computers. Decades later, former members wonder if their utopia was really a cult.

After the Non-Aggression Principle, if there were one other principle I wish everyone grokked, it might be the principle or idea that almost nothing exists as a binary in which something, or someone, is clearly either X or not X. Rather, it’s almost always the case that there are places where the lines blur. For example…

Kerista was around long past the 1970s, although that may have been the group’s heyday. I visited one of their group houses on Frederick Street in the Haight Ashbury neighborhood, probably in the early '90s, talked to some of the residents, and even considered joining the group. I liked their polyamorous lifestyle and commitment to intentional relationships (sexual and otherwise), and the communal living thing intrigued me. They had what seemed like some useful guidelines for handling interpersonal conflict – somewhere around here I still have a booklet listing their 88 guidelines, which I recall having what seemed like some creative but practical content. I never did join, but it wasn’t because they struck me as a scary cult, more that I just wasn’t really sure what I wanted and nothing drew me in strongly enough. I remember learning later though that they did apparently have some issues with one guy, who I think went by “Brojud”, who might have fancied himself the group’s leader and sometimes acted as if he were above the community’s rules, but I didn’t get the impression that he ever really ran things or had any kind of cultish following. Indeed it was a group of women in the group who ran a Macintosh computer business and were bringing in most of Kerista’s income, who seemed to have more clout. They also put out a Joan Jett fanzine that was kinda cool. Overall, Kerista seemed like a community of fairly well-adjusted hippie types who just happened to have enough of an idealistic streak to take experimental, countercultural living more seriously than most. But in a sense I can see how every intentional community or non-biological-family-type-group that takes the trouble to develop its own unique rules and customs may be seen as having a cult-like aspect to it; it’s just a matter of degrees. Anyway, I’ll look forward to watching the film.

This video covers, among other things, how the residents of Christiania govern themselves, including providing all the services that a municipality/other government would otherwise provide.
This will be an important issue if/when NH secedes. 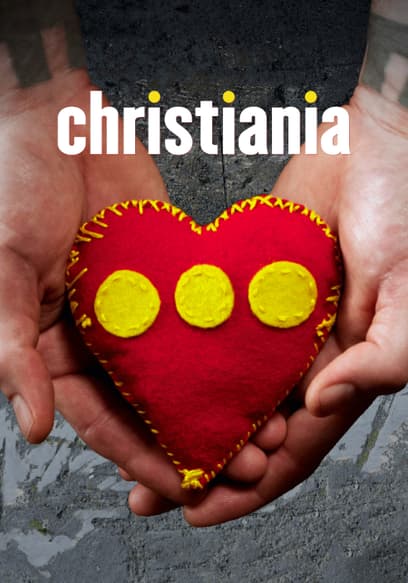 A documentary about a vacant military base now occupied by hippies since the 1970s and the 40 years of growing government tensions toward the commune.

Another very successful small community has been “The Farm”, in Tennessee. This intentional community was founded about the same time as Christiania (above).

Thanks for posting these videos, Leif. Do you know of any hippie-oriented or communal-type living experiments among Free Staters in the Shire? Or people interested in such?

Thanks for watchig, Starchild. I don’t know of any particularly communal-type efforts in the Shire. I am myself an old hippie… just turned 69 a month ago. I’ve known about The Farm almost since it’s inception; at the time I was in high school, but learned about it just after graduation.
It has been said that the hippies were the greatest and most successful anarchists ever. They often lived in communal settings, making decisions by consensus (as in Christiania), having polyamorous relationships (originally a staple of The Farm, though it didn’t work out that way in the end), sharing resources, and following a largely Non-Aggression philosophy.
At one time there were 3-5000 intentional communities in the US, some being religious or spiritual communities, others being lifestyle communities, etc. There used to be a magazine called “Communities” (I think that was it) which published a list of all intentional communities in the US. I haven’t seen that magazine for a very long time.
“libertarians” in NH, in general, are working toward cooperative self-government i.e., anarchism. Historically, the word “libertarian” was adopted in order to avoid use of the word “anarchist”, which had a bad reputation. Libertarianism, taken to its logical conclusion, is anarchism.
Even as early as the English Civil Wars there were notable attempts to take over public lands for various self-governing communities in England, including popular sovereignty. See, for example, the Levellers.

The Levellers were a political movement active during the Wars of the Three Kingdoms who were committed to popular sovereignty, extended suffrage, equality before the law and religious tolerance. The hallmark of Leveller thought was its populism, as shown by its emphasis on equal natural rights, and their practice of reaching the public through pamphlets, petitions and vocal appeals to the crowd. The Levellers came to prominence at the end of the First English Civil War (1642–1646) and were m...

For my own part, I see the eventual end of government control of the whole Free State of NH, but with a government dedicated to keeping the peace between a wide range of intentional communities. The state government would not have any part in controlling individuals, but would act as an intermediary to help settle disputes between the various communities. (Well, this is putting it simply, but you get the idea). As such, the state would have no legal authority within the state, no power to levy taxes, etc. It would act only to settle disputes between communities, and then only when asked to do so by the communities in question. 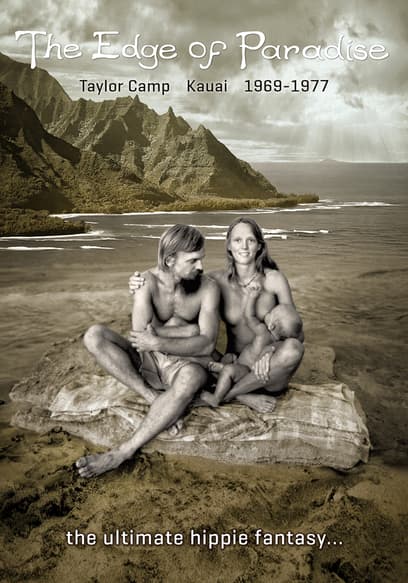 A look into a 1969 hippie commune in Hawaii that attracted eclectic partiers until their drugs and free love drew the attention of angry locals. 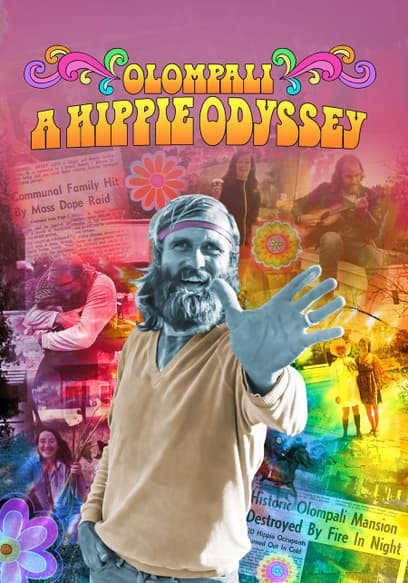 A fascinating documentary about a wealthy California businessman who spent his wealth to create a grand hippie paradise that gradually became tragic. 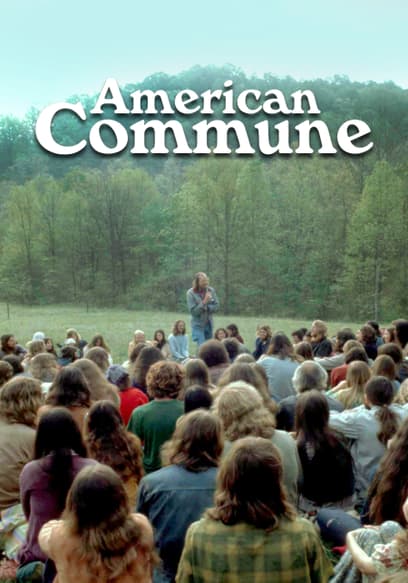 Raised in a commune by a Jewish, Beverly Hills mother and a Bronx, Puerto Rican father, two sisters return for the first time since leaving in 1985.

I got curious about “Communities” magazine, so I did a search. 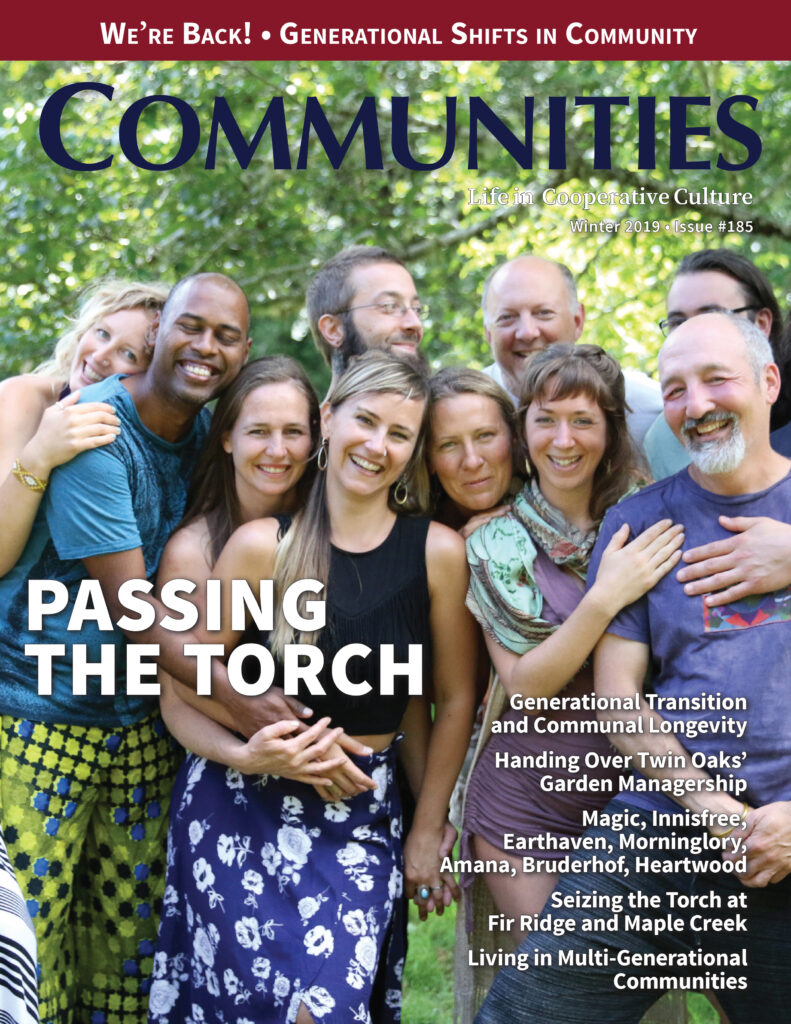 Communities magazine is the primary resource for information, stories, and ideas about intentional communities, ecovillages, co-ops, and cooperation.

I have an offgrid homestead near Canaan NH and dream to fill the 4 BR with hardworking people of various interests.
100% Shire Society Declaration for the rules. Which allows for people to not wear clothes, thats something that keeps most “libertarians” disinterested but being offgrid also keeps more “civilized” types away.
Pics and info in http://t.me/bartertowne click “preview” to see from web browser.
Currently its just me and my GF here with 3 cats but I get occassional visitors who want to get away from the grid, one room is booked for a month around liberty forum for example.
I am currently using my car (hybrid) to keep the house batteries charged for lights and whatnot but hope to get our little geni fixed for use, the freezing cold didn’t agree with it…
I’ve had the place just over a year and focused on harvesting firewood to stay warm and the electric system to stay connected on phone mostly but would love to have more likeminded people here, tiny homes, roommates, campers, whatever. However, its remote, Canaan is a tiny village, Grafton is practically no businesses and Lebanon is roughly 30 minutes away…
We have 20 acres here with about an acre cleared for parking, gardening, or whatever agreeable projects.
I hope to clear more trees into firewood in the coming year to accommodate projects.
I love barter and trade, bartertowne is listed on http://goldback.com for example.

I’d welcome Voluntaryists to visit for a day/ night if interested.
Free Grafton has a monthly potluck, listed on the FSP calendar I hope, but thats today for January.
Regardless, I appreciate your interest and participation in the intentional voluntaryist government we seek to have here on NH using the SSD as our Constitution.

I have to wonder if there are more people here who might be interested discussing what the post-secession state of NH will look like. I have heard many of the people involved say things like “…everything else will remain pretty much the same.” I am not happy with that answer.

If we are just changing masters, well, then it’s not unlike the American War of Independence.
We see how that turned out. Not much change actually occurred. Make no mistake about it, most states who might separate from the union are not looking for more liberty, they’re looking for more restrictions, e.g., the recent overturn of Roe v. Wade.

When I first came to NH I went to many of the monthly get togethers, all but one or two, I think. I liked Grafton, but even more liked the North Country. I have looked at the entire constitution and the RSA of NH, and find many outdated, superfluous, vague, and unenforcible sections of it. Try as they might, they cannot control what people view on the internet, but there are still very detailed statutes about what people can view and download. The statutes on degrees of relationships within which one cannot marry, or have sex with, is one of the widest anyplace. The statute on nudity refers to what the intention of the indecency is, and the worst of intentions will always be assumed. The public education system in NH is broke, witness the recent squabbles.

FTL_Ian, can we set up a separate major heading outside NHExit or any of the other general headings to discuss ways we’d like to see the state go, whether or not any “exit” ever occurs? Things like cooperative education, mores (not morals), internet freedom, conflict resolution, etc., and how the myriad varieties of “living together” can be accommodated in NH, how can we make changes now, and what changes we can work for at the state level.