This happened Tuesday the 17th, on the corner of Kelley st and Lafayette st. Off camera, the blonde woman and bald man said they were social workers. The social worker never even crossed the street, preferring to let the officers negotiate with this crazed woman. The officers claimed she dialed 911. There was no mention of this woman hurting anyone. Later, her landlord opened the door and at least 5 officers rushed into her home, while the social workers waited in a police cruiser. The officers forcibly clothed this woman, took her out the back door, hand cuffed her and were about to load her into a paddy wagon when an ambulance showed up.

was there supposed to be a vid with this?

Yes, but I can only upload pictures. DM me if you want the video.This big guy in black was one of the social workers. He and his coworker hid in a squad car while the cops rushed in an subdued a skinny naked woman. 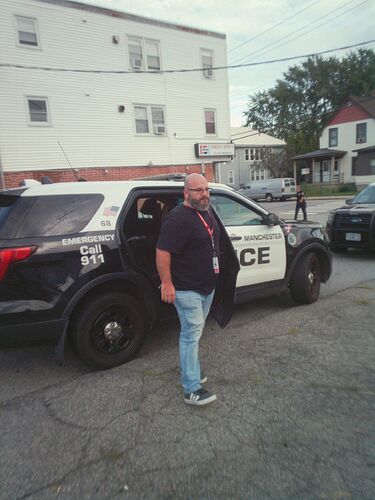 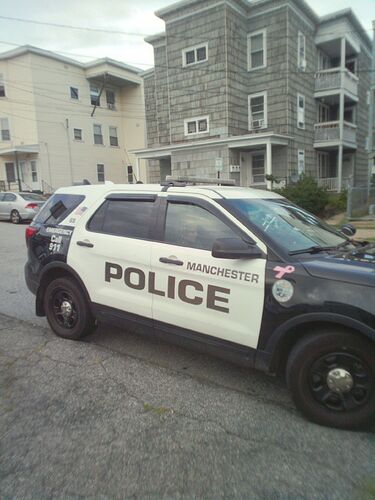 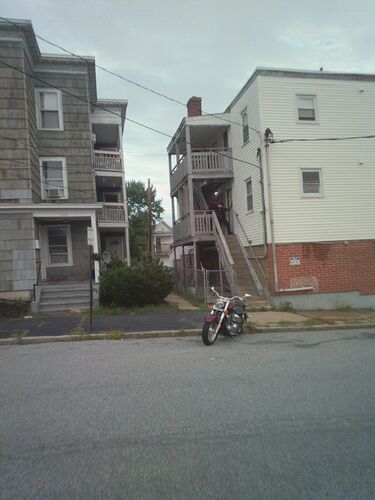 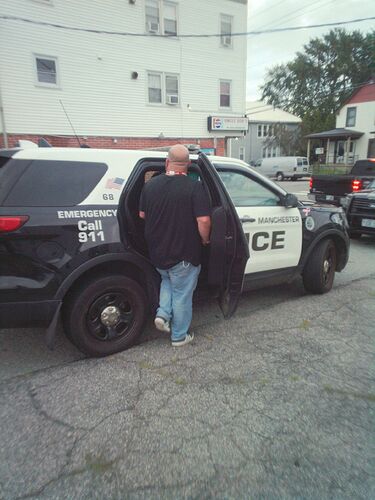