I Need Help Help From Genuine Lovers Of Liberty

My name is Elizabeth and I am the victim of the most horrific evil by our govt. I need a safe place to live and help finding a doctor to remove nonconsensual horrific tech from me including devices intended to mentally disable me.

I have tried to get help from
Congress but they are all bought out and allowing this depravity while pretending to be Constitutionalists. This includes self-proclaimed libertarians Thomas Massie and Rand Paul.

I have been forced to give up my apt. due to being poisoned with gasses —

I am a subject in the Darpa brain initiative and have been tortured for 10 years. Citizens are being tortured to death and suicide for brain research, new products and artificial intelligence. Every Congressmember/cop/fire/emt/TSA agent knows this is occurring. ALL DOCTORS ARE FORCED TO LIE ABOUT THE VICTIMS MAKING THEM COMPLICIT IN MURDER/SUICIDE.

I have a massive amount of nonconsensual tech in me. Some is being used to harm me including brachytherapy capsules being used to mentally disable me.

I have multiple nonconsensual implants compliments of the Darpa/NIH braini initiative planners. And I have and continue to be tortured mercilessly with remote weapons. The torture is with invisible weapons and being fed into the program is intended to end with suicide. Darpa scientist Dr. Robert Duncan calls it a ‘walk to death.’ The weapons are called psychotronic weapons, and Congressman Dennis Kucinich tried multiple times to pass legislation banning them. He failed and quit Congress.

NASA’s Dennis Bushnell has stated publicly that 200,000 have brain chips — and he thanks Elon Musk for help with their engineering. Elon Musk The NWO Puppet EXPOSED On Infowars! - YouTube

Yuval Harari & Klaus Schwab have spoken publicly about everyone having brain chips within 10 years — and Schwab said this five years ago. He also said that sentient robots can keep intellectual company of humans. Where did they get this cognition — monkeys? No. Darpa/NIH/DOD is chipping and collecting brain wave data 24/7 on these nonconsensual subjects. Harari is constantly bleating how humans are mere ‘hackable animals’ with no free will. https://twitter.com/kirky861/status/1538600271386918914?s=10&t=fE3-E1Kr7omncmvz6BrA6w

This is how it works: when you are selected as a subject the FBI produces events to enable them to fraudulently put subjects on terror watchlist, which then enables the FBI to serve national security letters on the subjects’ landlord, mgt. company, etc. The subjects’ doctors are enlisted to concoct reason to put them under anesthesia. In my case I was implanted at Northwestern Memorial Hospital.

In this much longer video, Dr. James Giordano speaks of the ‘brain as the battlefield of the 21st century.’ He goes into great detail on what is occurring and how the tech can be used to target individuals from a distance. Not coincidentally, he also reveals how doctors can falsify medical records to discredit victims. MWI Video: The Brain is the Battlefield of the Future – Dr. James Giordano - Modern War Institute

Blackrock also boasts that it is the leader in brain to computer interface technology. Their contracts for research are easily found on the NIH website. I will add link.

A voluntarily subject Dave Larsen balked and went to Congress when he discovered experimentation with neural interfaces were occurring on nonconsensual subjects — including children. He was tortured and tormented for speaking out. You can read a detailed pdf on his situation here:

Here is more from Mr. Larsen: 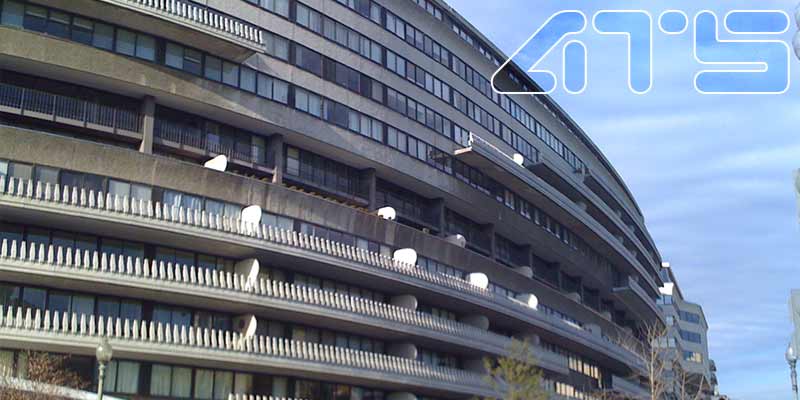 There are many victims speaking of being abused on Twitter. I strongly recommend anyone here on Twitter to search the hashtags #havanasyndrome and #neuroweapons #brainhacking. Also please visit cyber-torture.com.

You will also find neuroscientists occasionally revealing what is occurring. One such account on Twitter belongs to @andrewhires from whom I copied his image of chips and the delineation of the ‘butcher number’ — how many neurons must be destroyed in order to record neural activity. You can see the illustration at @butchernumber on Twitter.

You can also see some of the wifi networks that have harvested my brain waves for 10 years now. I have posted them @hacked_brain on Twitter.

The victims have had their brains brutally destroyed while social, familial, career ties are also broken in ‘signature reduction’ campaigns by an army of military contractors. Newsweek wrote about this secret army of gangstalkers that have been in place not coincidentally since the launch of the Darpa Brain Initiative. Pentagon reportedly running secret global army of 60,000

There is massive evidence of nonconsensual brain experimentation but no legitimate reporting. A neuroscientist by the name of David Salinas Flores has written extensively about it. Please research his essays. Among them: ‘The Big Fraud Toward Transhumanism.’ ‪David Salinas Flores‬ - ‪Google Scholar‬

Many thousands are being victimized and lives destroyed. Every Congressmember, police officer, emt knows but remains mute. Silence equals complicity. The US has a hidden holocaust.

Welcome, I hope you’re able to find someone to help you.

Hi there, fellow TI. Have been for five years. Thank you for this awesome research! I know Dr Duncan and Targeted Justice, but lots more to look into. I live in Grafton NH. My website with my TI story is at dystopiabystealth.com. Under Other Publications I put a list of possible solutions. Great to have you fighting for freedom and spreading strong evidence about this extremely important topic. Everyone should acquaint themselves with it ASAP.

yea Congress is not your friend, but sevenofnine maybe
another reason to NHexit and move here