Does federal government really rely on fiat money via taxation?

So I’ve thought alot about the power of NOT abiding by income tax and clearly, it’s more power to you due to more money to work with, but, the driving intention for me has been to reduce the power of the state, particularly the federal budget…

…and I’ve only just wondered… how is it that tax money gives them power ? It’s nothing, its created as they please right ? 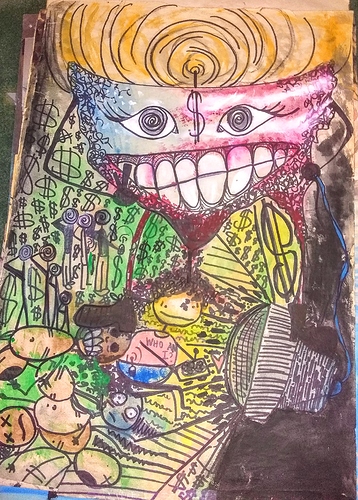 The government is a faith-based construct, based on the faith in its necessity and benevolence. This is especially true when a government is tens of trillions in debt - debt backed by faith in your and your children’s future enslavement, “for the common good”.

That faith is the reason why government thugs still get a paycheck, why there’s fuel to power the tanks and helicopters, why millions of gun owners continue to obey the state.

I am a “homeless” tax resister living in a tent in the woods, hiding any wealth I may have in Internet-based ventures, and subsisting on small amounts of cash I’m paid for part-time physical labor. Zero income tax, zero property tax, very little sales tax.

I alone am a pathetic joke. But if just a couple million people (still less than 1% of the population) were willing to do what I do, then it would no longer be a laughing matter - that aforementioned faith would begin to evaporate…

It sounds as though I’m running on the same pretenses but I’m not understanding how the fed who creates money needs tax dollars to execute their imperialism.

As I’ve said this is a new pondering for me… it doesn’t sway me from there immense power behind living-out non-abiding but I feel a let down to realize it may not be as powerful a hit as I thought.

Thanks fer sharing the response,
keep up the resistance.