Corona is a Hoax for Totalitarian Control 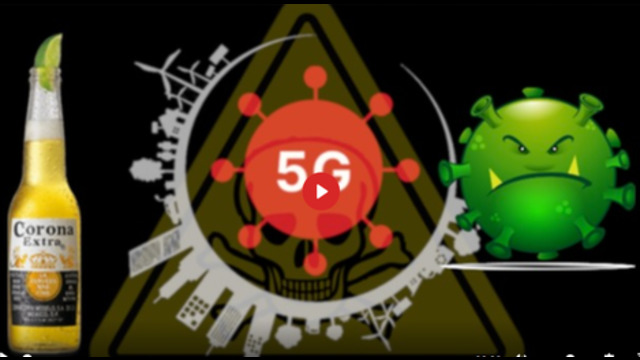 What They Don't Want You To Know

The coronavirus is not a hoax. It is a hijacking!

The risk of pandemics is nothing new. Diseases had wiped out huge percentages of our ancestors, countless times throughout our evolutionary struggle for survival. There are specific recorded examples going back for thousands of years. Various forms of the Black Death had a mortality rate of around 90%. The 1918 pandemic infected half a billion people, with the mortality rate of 10%-20%… That’s a decade before the invention of penicillin, and decades before any “genetic engineering” conspiracy theories can be taken seriously.

As antibiotics evolve, so do the diseases. I’ve long written about the possibility of a serious pandemic as the greatest survival threat - compared to the puffed-up hysteria over things like Y2K, “peak oil”, and “global warming”. I’ve also written about the impracticality and dangers of big cities - I’ve even called them a mental illness! You have nothing to gain by living in a city in the 21st century, thanks to the Internet - but it can cost you much freedom, wasted time, wealth, health, psychological well-being, and, in a crisis, even possibly your life!

Most people won’t listen - so that’s why some people are a lot better prepared than most. Contagious diseases are an utmost justification for the “prepper” lifestyle that I advocate! Off-the-grid loners living “in the middle of the woods”, like myself, would weather such a crisis far better than the rest of humanity. Living on high-tech private seasteading would have been better still!

COVID-19 probably ranks on the bottom end of the Pandemic Severity Index, with only the most severe cases being counted thus-far. This isn’t the doomsday plague that we had feared, and the odds of such a doomsday plague happening are now actually down due to the cultural impacts of the current panic. Even during this, probably the worst year for pandemics in a century, far more people around the world will die from drugs (especially alcohol and nicotine) and bad eating (both obesity and malnutrition).

With good modern medicine, the mortality rate for COVID-19 should be below 1%. And what quality of medicine correlates with most is the Economic Freedom Index. Some nations have simply been unlucky with total number of infections due to the volume foreign travel (ex. Switzerland), but look at the difference in mortality rates. You can already see how Germany is doing so much better than Italy or Spain. I predict that, when the dust settles, you’ll see this contrast most clearly in the neighboring nations that are some distance apart on this index. And I believe that voluntary start-up micro-nations like Libmania (someday) would do best.

So the moral of the story is: work hard, be thrifty, save money, move to the most capitalist place you can, avoid risks (including stupid CivDis), prepare for emergencies, invest in technology and private health care institutions, and take personal responsibility for where you cough.

But any socialist will tell you something completely different…

“Preparing for emergencies is racism!”

“We should all be wearing one big collective facemask!”