Anti-nuke demonstrations are happening worldwide on Jan 22. Here are details on the Colorado Springs protest I’ve helped organize while I’m visiting. Meanwhile… I hope you can organize similar demonstrations in New Hampshire?

“Join PPJPC and local peace activists on Sunday, January 22, from noon to 1 p.m. in front of City Hall, 107 N. Nevada, as we recognize and celebrate the second anniversary of the UN Treaty to Abolish Nuclear Weapons. There will be signs urging an end to nuclear proliferation, or make your own!”

Sent this as an LTE to the alternate Colorado Springs paper:

With the world reportedly closer to nuclear war than ever, here’s an invitation to do something about it in Colorado Springs. Anti-NukeWar activists have scheduled a demonstration outside City Hall at noon on Sunday, January 22. They will commemorate the second birthday of the Treaty on the Prohibition of Nuclear Weapons, which went into effect in 2021 (Full text of the Treaty on the Prohibition of Nuclear Weapons). But even some of us who are uncertain about the treaty…plan to join this demonstration, because we recognize it is good to raise NukeWar concerns at a time when most Americans are in denial regarding the desperate hazard they are in. Some of it is Russia’s fault, some of it is their own government’s. Even Jimmy Carter once threatened a nuclear first strike.

Possibly the most dangerous noose which governments have put around our neck…is the so-called “launch on warning” policy. This is where politicians launch their nuclear weapons within 40 minutes of an incoming alert. That’s a pretty short window of time in which to decide the fate of 8 billion people. And since “your” tax dollars underwrite nukes, you arguably bear a bit of responsibility to do something about them.

During the less-dangerous 1980s, we poured into our streets by the million…demanding a reduction in nuclear arsenals. Governments responded well, and the number of warheads is thought to have dropped by roughly 75 percent.
Help us re-create the constructive atmosphere of that era… or just drop by to exchange ideas. Join us on January 22!

Another Colorado Springs peace activist is writing an announcement LTE to the Gazette; I’m planning to send an email notice to all the CS media in a few days.

all is still a go on this, media informed etc., someone else wrote an LTE to the main paper here I will plan to post it here.

Vid and interview from our demonstration 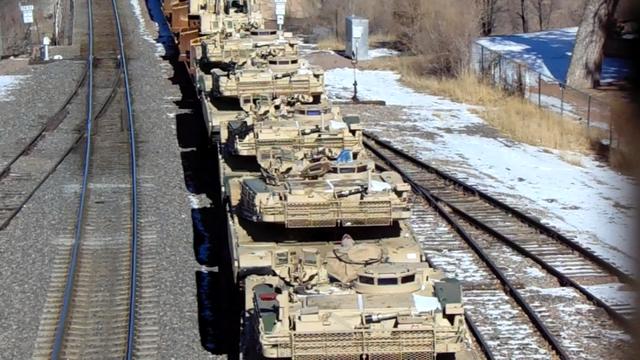 This was in Colorado Springs, Jan 22. Want to contact Ridley? Go to http://YouTube.com/RidleyReport then click "About" This is a long form, podcast version of the Ridley Report...intended to listen while you're doing other shtuffs. You can dow…