A shot across from Empire Loyalists in the NH leg 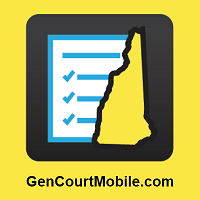 HB1007 - relative to qualifications for office.

655:1-a Insurrection or Rebellion Prohibited. As provided in Article 14, section 3, of the United States constitution, a person who engaged in insurrection or rebellion against the United States, or who gave aid or comfort to the enemies thereof, shall be ineligible to hold elective office in the state, unless Congress, by a vote of two-thirds of each House, shall have removed such disability. For the purposes of this subparagraph, “insurrection or rebellion” shall include any action intended to separate New Hampshire from the United States, and “aid or comfort” shall include any action facilitating such intent.

3 Effective Date. This act shall take effect upon its passage.

@LPNH
@wmarshcc8, this bill (gencourtmobile.com/2022/HB1007/Te…) is in direct violation of the state's Constitution. [Art.] 10. [Right of Revolution] Which makes you and all the co-sponsors traitors to the New Hampshire Constitution. #LiveFreeOrDie https://t.co/t8GnLf73l5 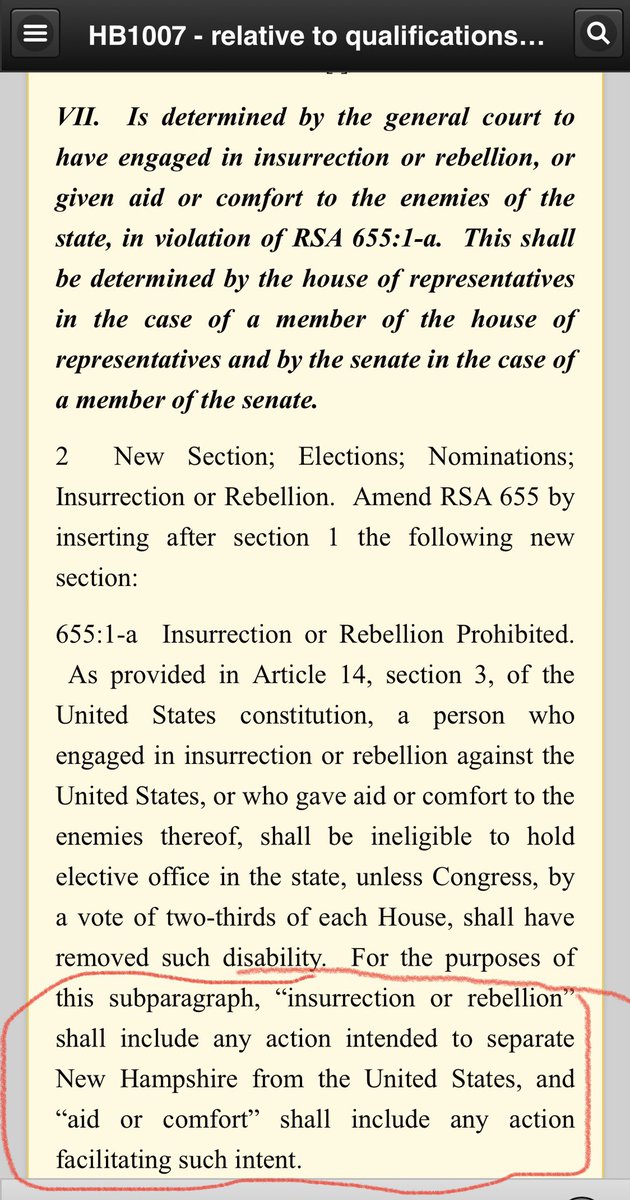 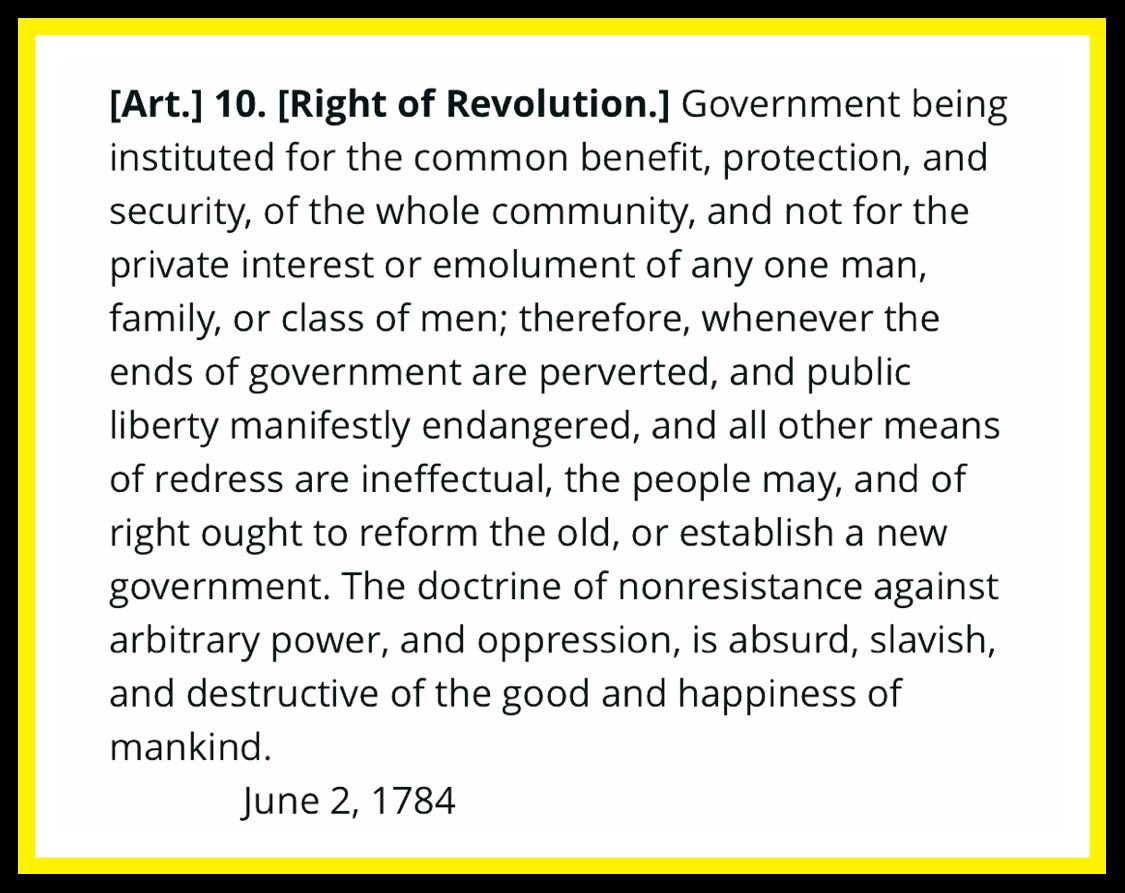 A plain-English bill summary, sponsorship information, vote and hearing dates. Allows the House and Senate to remove a legislator from office if they determine the legislator "engaged in insurrection or rebellion, or [has] given aid or comfort to the...

The bill makes clear that “insurrection or rebellion” includes advocating for New Hampshire to secede from the United States.

Political campaigns like Harry Browne and Ron Paul accomplished good outreach and education, for a small minority. That minority should have organized into a viable political migration and secession movement, like seasteading or one island in Alaska (my original proposal for FSP)…

this has not passed